Porta Nuova was built between 1810 and 1813 by architect Giuseppe Zanoia, according to a project by Luigi Cagnola. The Neoclassical building consists of a triumphal arch and two symmetrical sandstone units – totaling 1000 m2 approximately – while the 200 m2 exhibition space is divided into eight rooms on three floors.

The original structure was one of the six gates to the city, from which the sestieri of Milan took their name, and belonged to the Bastioni: a complex of defensive walls built in the sixteenth century during the Spanish domination which, together with the door, were demolished in the Napoleonic era.

With the acquisition of its civic role, Porta Nuova contributed to reform the urban structure and development of nineteenth-century Milan. This was also due to its strategic connection with Brianza, Naviglio della Martesana, and the ancient Cerchia dei Navigli, then almost entirely navigable.

Between 1929 and 1930 the system of waterways was completely earthed in compliance with the Beruto Plan, Milan’s first regulatory plan, which radically transformed the relationship between the territory and the city, defining its current configuration. 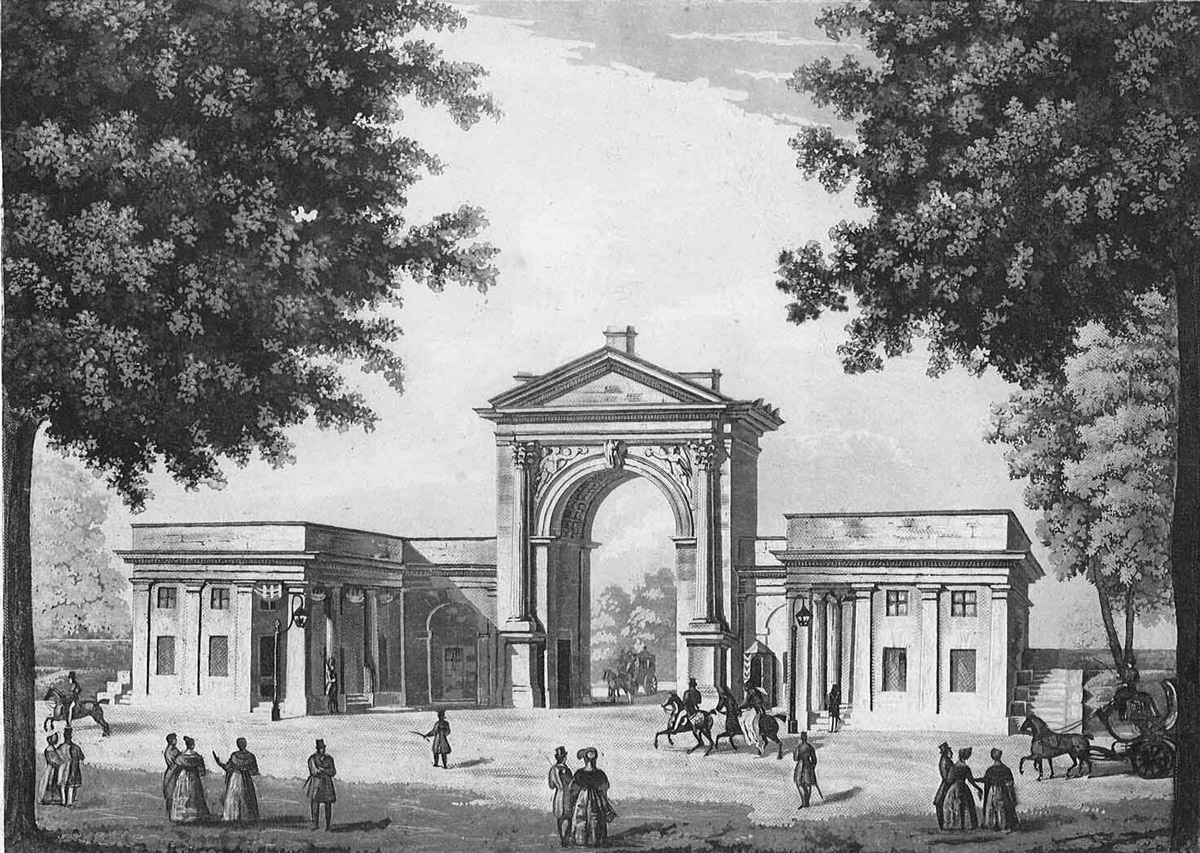 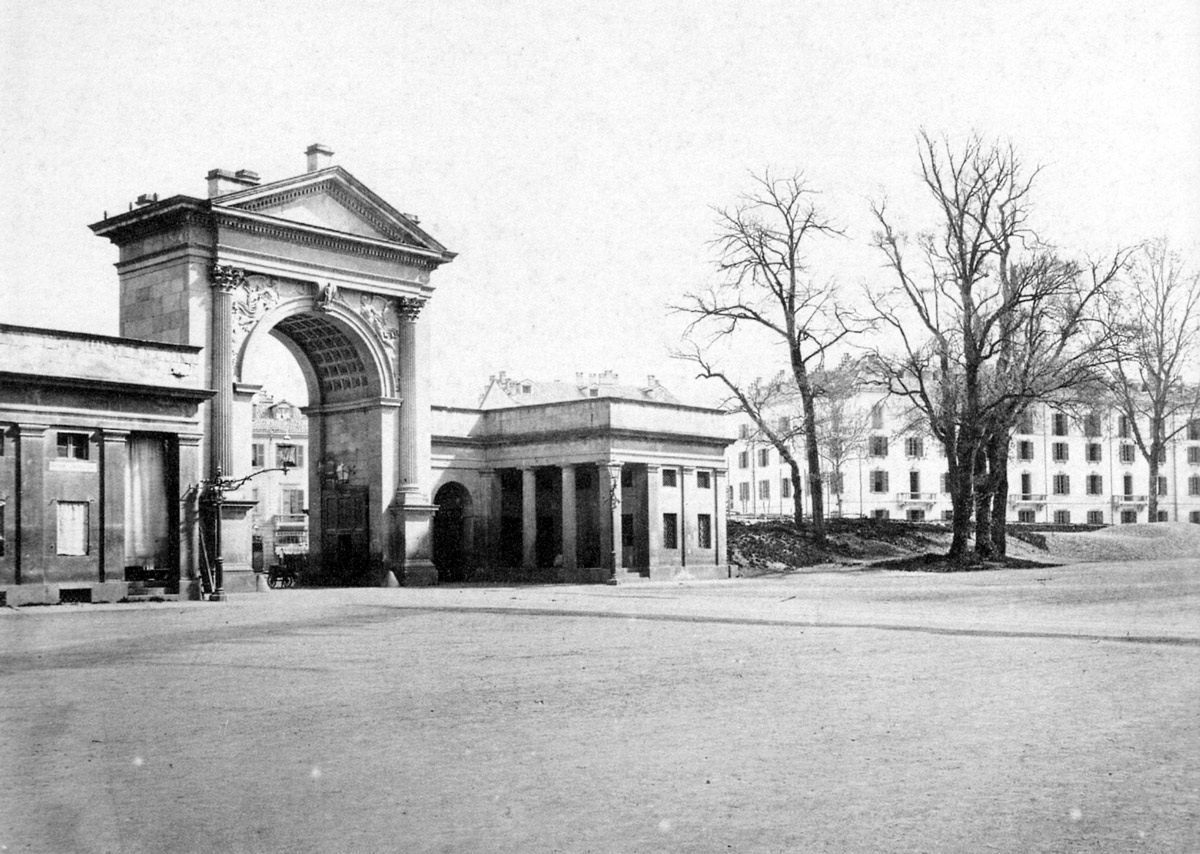 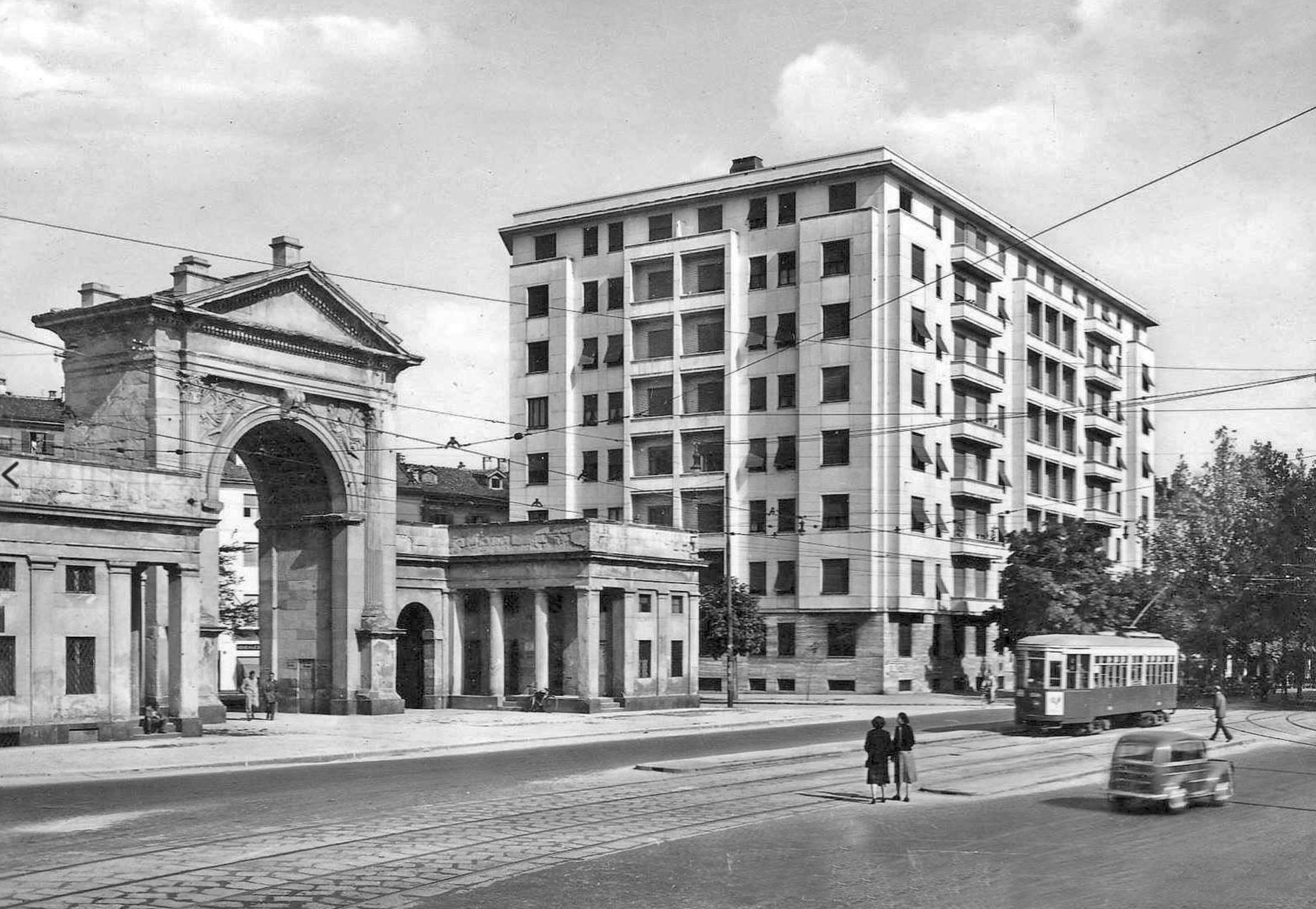 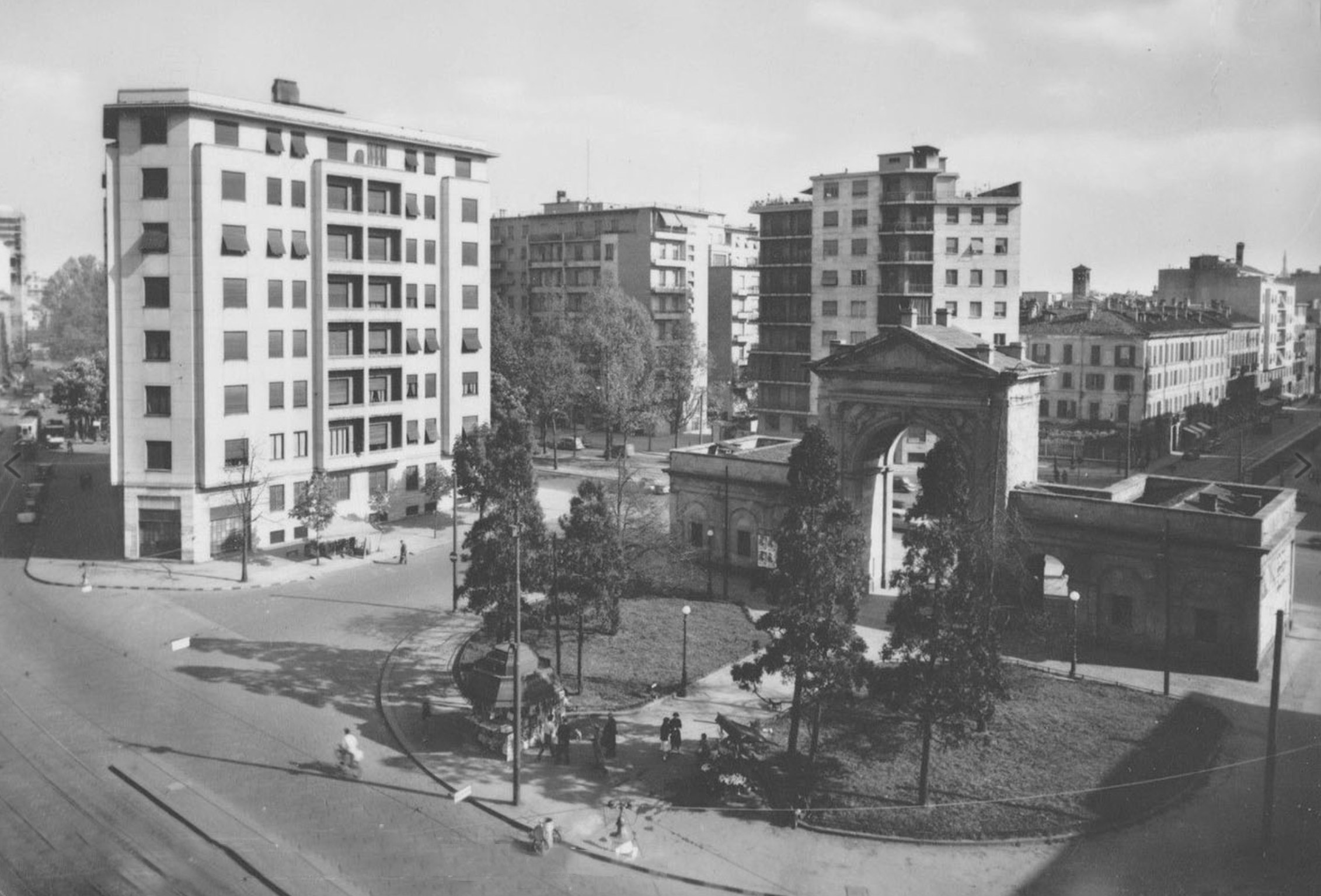 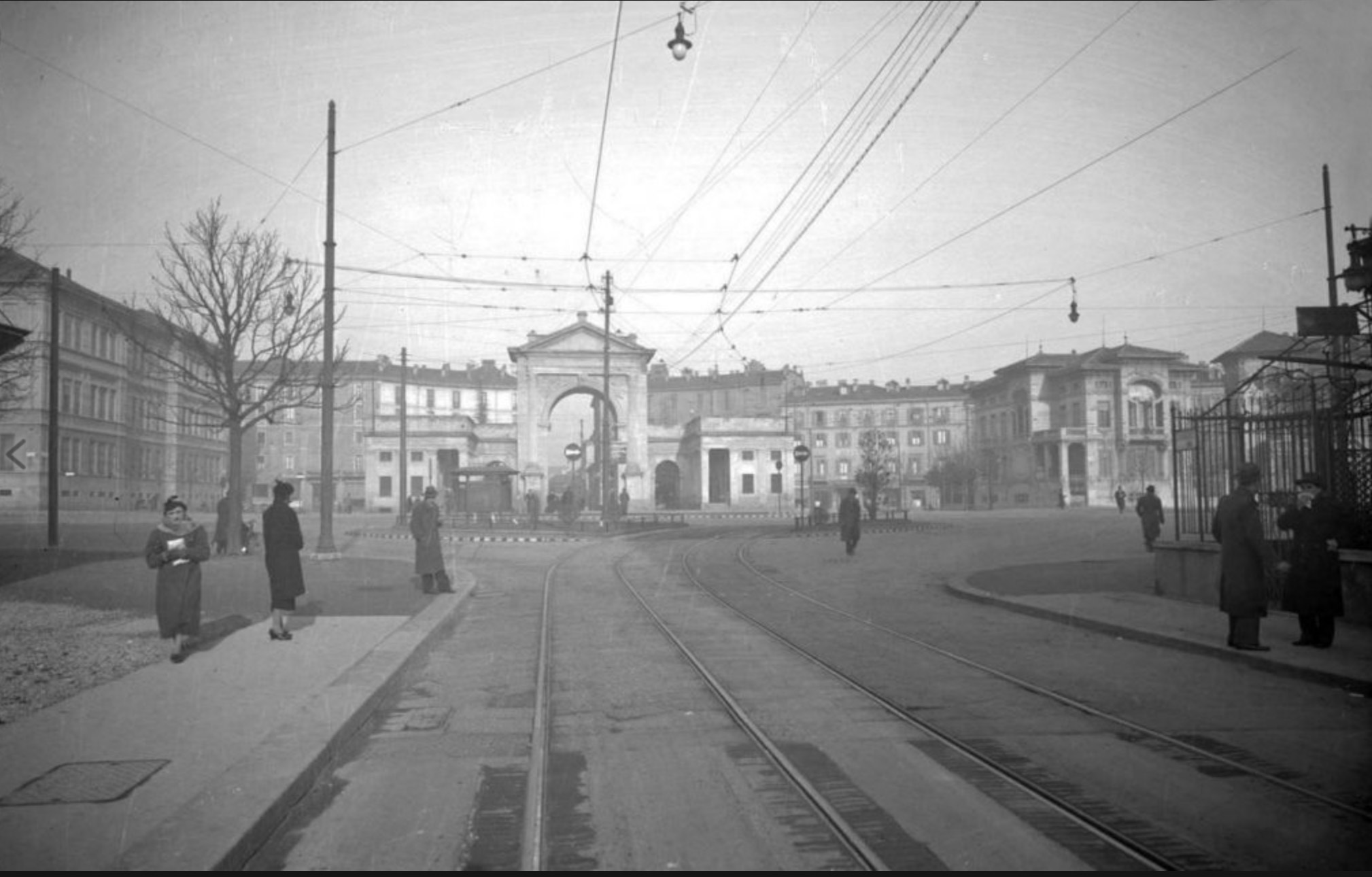